Treasures: Egyptian obelisks in the world 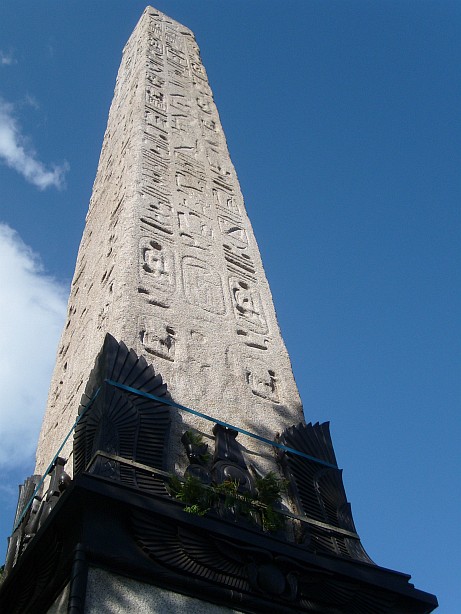 Cleopatra's Needles are a trio of obelisks in London, Paris, and New York City.
Each is made of red granite, stands about 21 metres (68 ft) high, weighs about 180 tons and is inscribed with Egyptian hieroglyphs.
They were originally erected in the Egyptian city of Heliopolis on the orders of Thutmose III, around 1450 BC.
The obelisks were moved to Alexandria and set up in the Caesareum — a temple built by Cleopatra in honor of Mark Antony — by the Romans in 12 BC, during the reign of Augustus, but were toppled some time later.

On each side of each pyramidion (top triangle of the obelisk), Tuthmosis III is drawn as a "sphinx" making offerings to the Gods of Heliopolis. On each side of the obelisk are inscribed with hieroglyph of three columins. The central column is carved by Tuthmosis III, and subsidiary columns both sodes are added by Ramses II. It is said the central column relates the reason for the construction of the pair of obelisks. 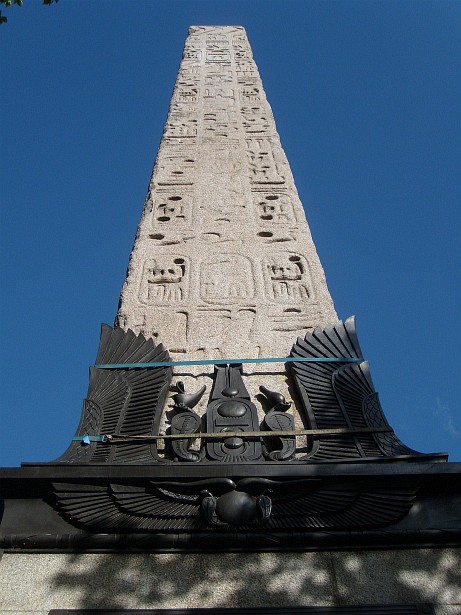 The obelisk remained in Alexandria until 1877 when Sir William James Erasmus Wilson sponsored its transportation to London. Was placed in London on September 12th, 1878.

An obelisk (from Greek - obeliskos) is a tall, narrow, four-sided, tapering monument which ends in a pyramidal top. Ancient obelisks were made of a single piece of stone (a monolith)
The obelisk, called Tejen in the sacred language of the ancient Egyptians, was a term which was synonymous with "protection" or "defense." The needle of stone had the function of perforating the clouds and dispersing negative forces. 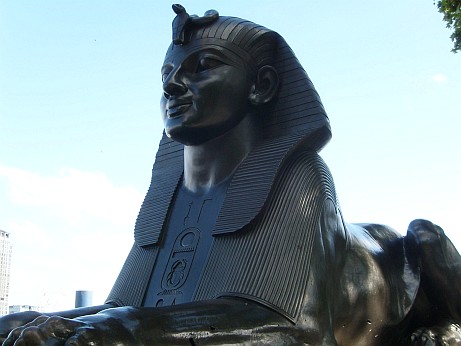 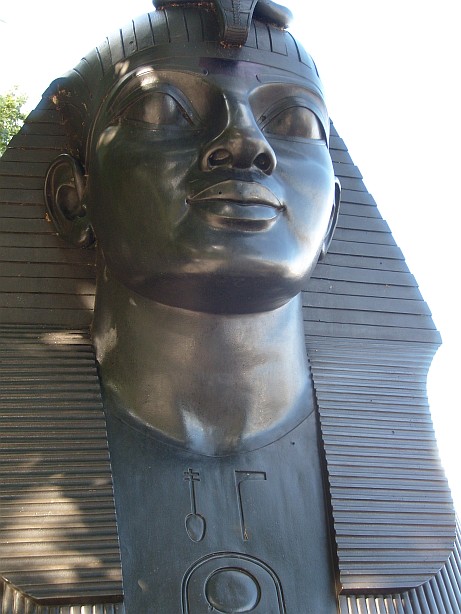 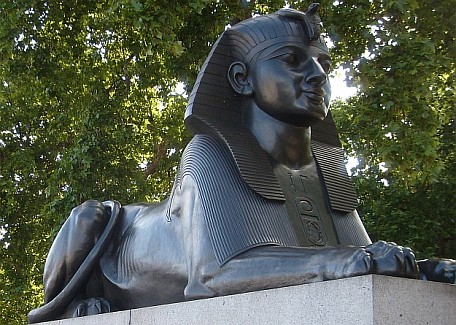 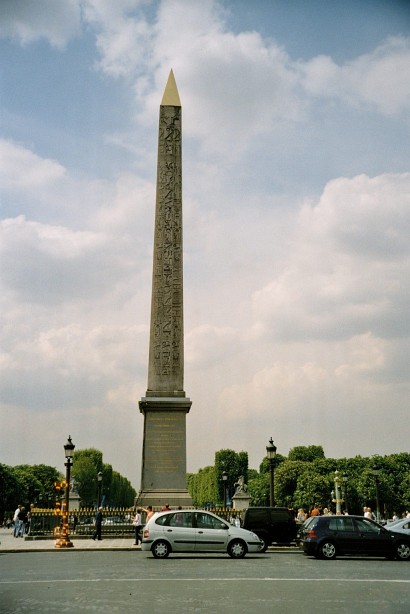 Obélisque de Luxor was given by the viceroy of Egypt, Mohamed Ali, to Louis Phillipe. The obelisk, 22.83 meters high and weighing 230 tons, which marked the entrance to the Amon temple at Luxor, was installed in 1836. Hittorf completed the decoration of the place between 1833 and 1846. The obelisk is at the center of an oval whose two centers are fountains constructed at the same period. 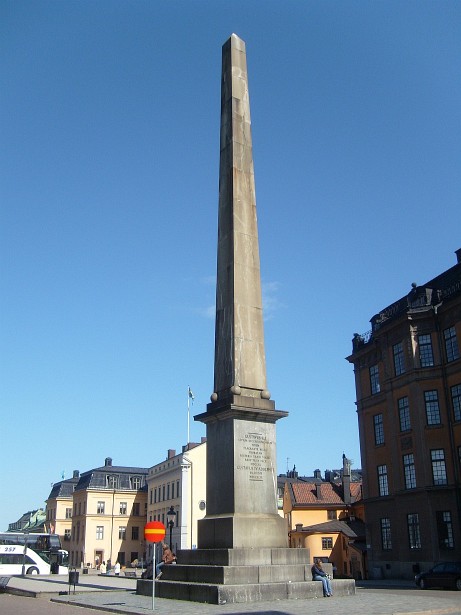 The neo-Egyptian design of the obelisk was made by the artist Louis Jean Desprez and it was erected by the inventor and colonel-mecanicus Jonas Lidströmer in 1800.

The obelisk point the very center of Stockholm city and it is placed in front of the Royal Palace.