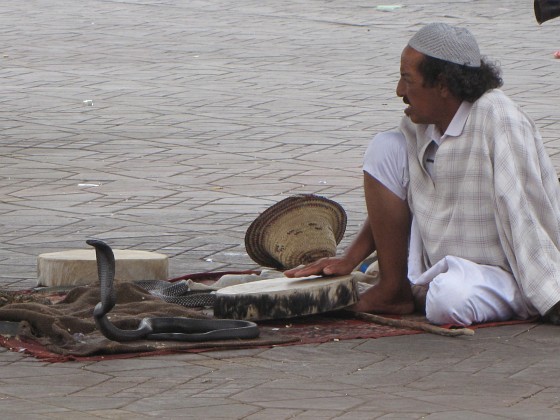 Food stalls, snake charmers, storytellers, henna artists, monkeys, acrobats, medicine men, jugglers, musicians, pickpockets... the huge square of Djemaa el Fna has it all. Nights here are what cities must have been like back in mediaeval times, before television when people made their own entertainment.

Unesco have declare this square as patrimonio de la humnidad, for the oral comunication. 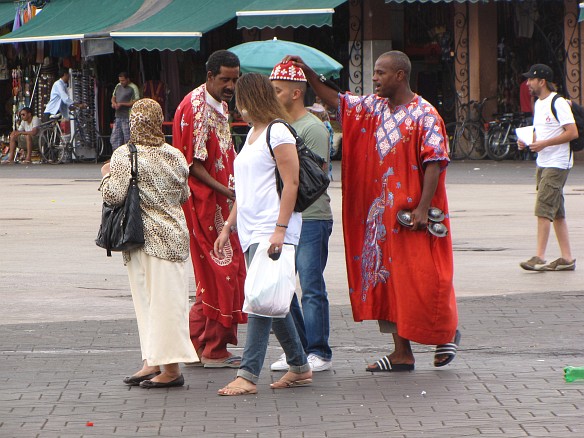 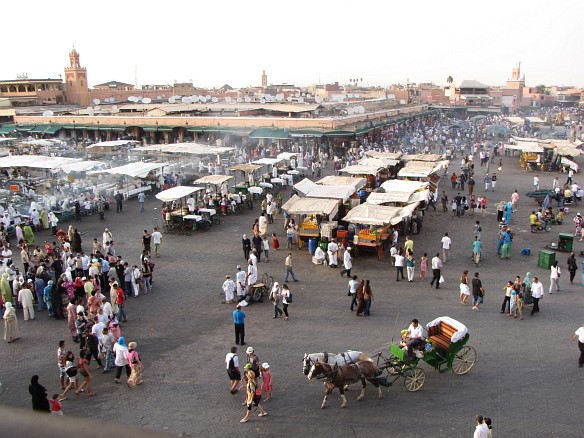 but when the day is going down.. it transforms to an open-air theatre of folklore 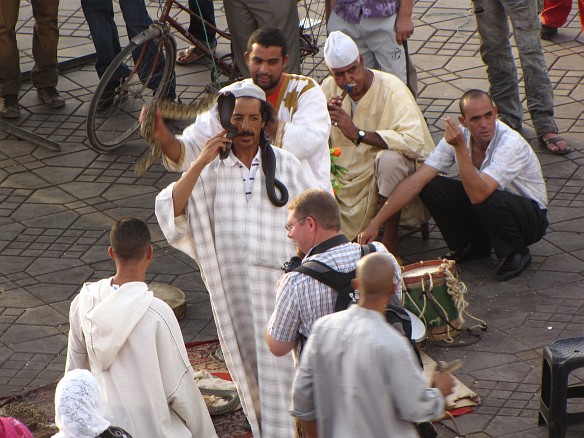 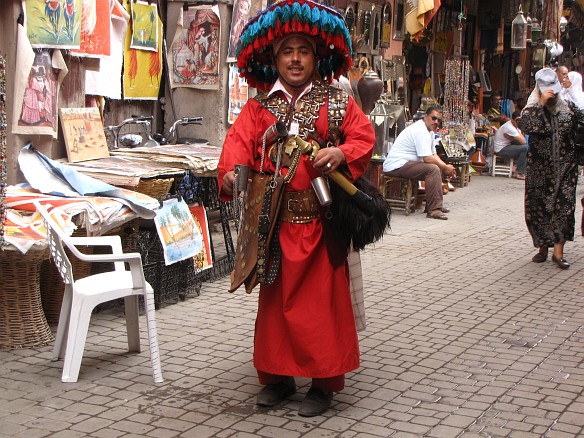 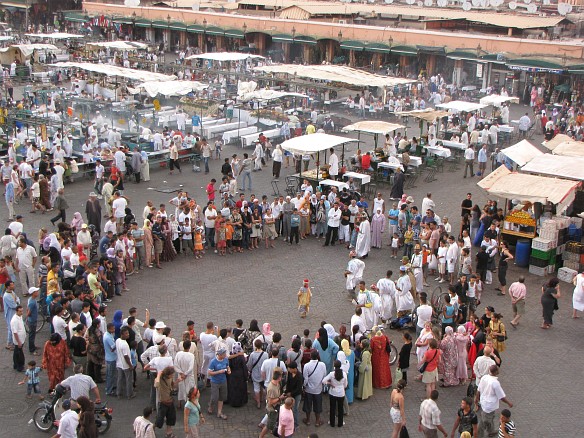 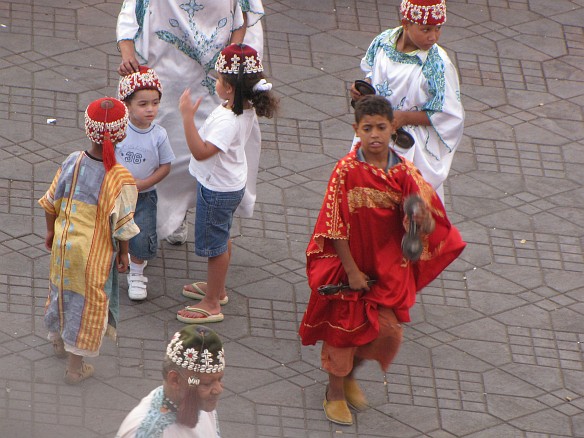 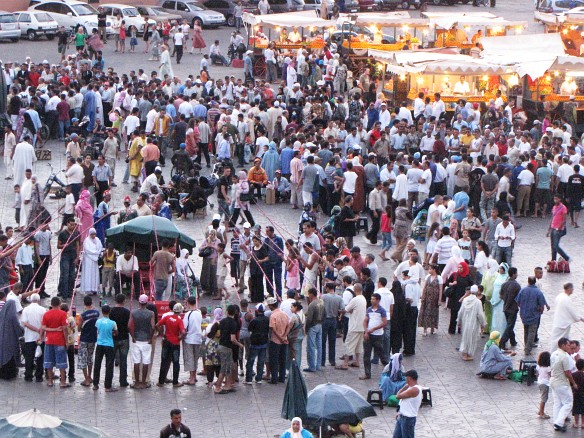 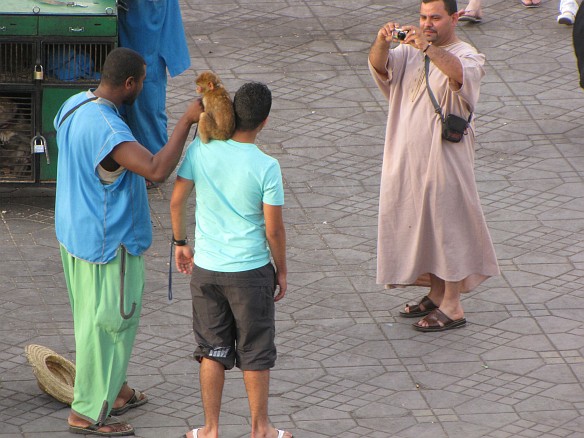 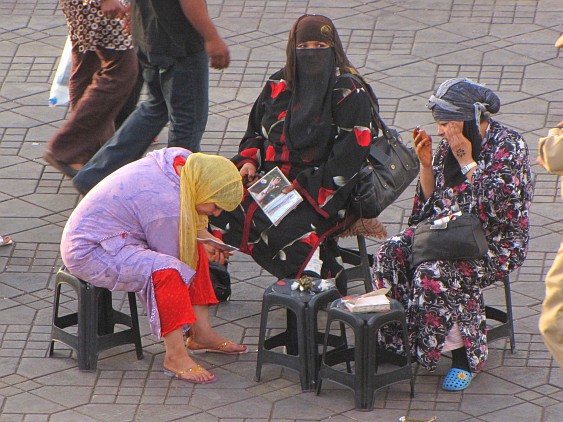 and a big open-air restaurant 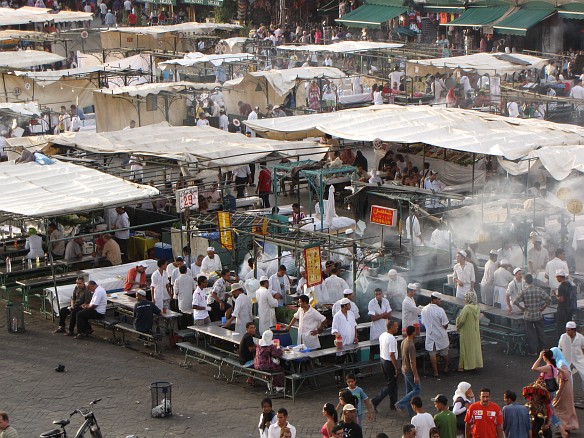 in the middle of the square 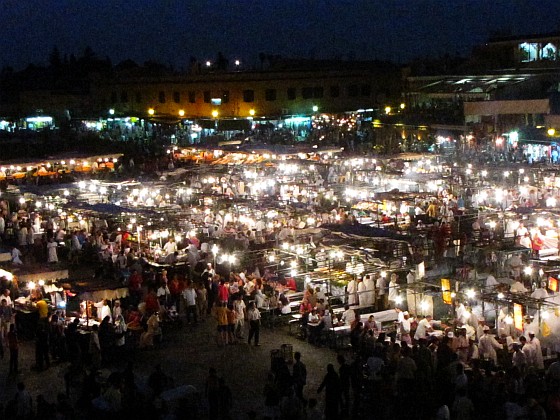 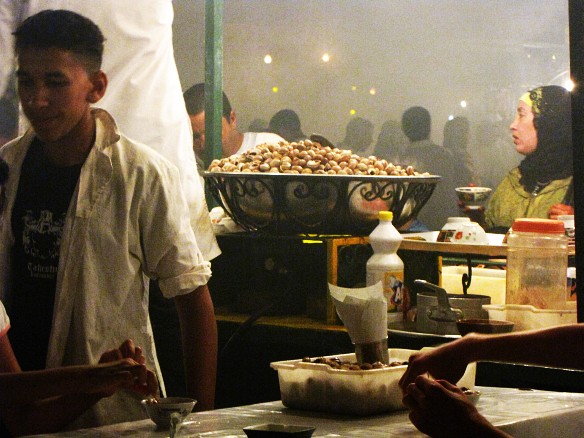